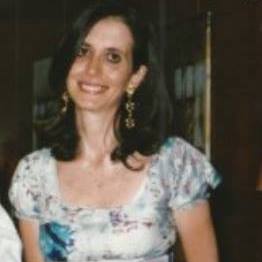 University of Coimbra, Faculty of Psychology and Education Sciences, Portugal

Title: : Impact of Dyadic Coping on marital Dyadic Adjustment in Context of Chronic Disease in the filial system

Psychologist. PhD in Clinical Psychology - University of Coimbra (UC); Professor at the Faculty of Psychology and Educational Sciences - UC; Director of the Consultation on Couple and Family Therapy at the Center for Community Services - UC; Director of the Consultation of Advice to the Courts - Consultation of Therapeutic Intervention of Support for the Change - Processes of Regulation of Parental Responsibilities; Promotion and Protection Processes; Individual, Family and couple therapist - support to community and clinical connection-teaching-research; Supervisor of the Portuguese Society of Family Therapy (SPTF); Social Judge in Family and Minors Section of Courts

: Living with a chronic disease in the filial system causes changes in daily lives of individuals and their families, with an impact also in the relationship of conjugality. This study as the intent to explore some of those influences at the level of Dyadic Coping (ICD) and Dyadic Adjustment (DAS) of . A sample of 122 subjects, spouses (i.e., members of a couple), was collected, that have, in the filial system, at least one dependent with a chronic disease. It was applied a protocol consisting of a sociodemographic and complementary questionnaire and the Portuguese versions of the ICD were use - in the original of Guy Bodenmann (2007): Dyadic Coping Inventory - Portuguese adaptation and validation performed by Vedes, Lind and Ferreira (2011), and of the Dyadic Adjustment Scale (DAS), - in the original of G.S. Spanier, Portuguese version adapted and validated by Lourenço and Relvas (2003). The statistical analysis involved measures of descriptive statistics and inferential statistics, namely the hierarchical linear regression. Results suggest that the dyadic coping has a positive impact on the conjugal dyadic adjustment, in context of chronic disease of children (filial system), in all dimensions: mutual consensus, mutual cohesion, mutual satisfaction and affective expressiveness. Therefore, it is justified to create prevention and intervention programs with the purpose of reinforcing and developing strategies of dyadic coping with impact on the marital dyadic adjustment, in the context of chronic disease in the filial system. Key Words: conjugality; chronic disease; DCI; DAS; filial system.